You’re in the mood for destruction. One day, you hear about this phenomenon of “radiation” where matter gives off energy. You think—perhaps you can harness this property of nature to make a big boom.

Apparently matter is made of discrete objects called atoms, which have nuclei made up of protons and neutrons. To say that an atom is “radioactive” is to say that it sometimes randomly does things like:

How often these things happen depends on how many protons and neutrons are in the nucleus. Of the above, fission releases the most energy by far so you decide to use fission to make your boom.

Unfortunately, it’s hard to find atoms that do much spontaneous fission. A plutonium-240 atom decays on average after 6569 years, and when that happens, there’s only a 0.0005% probability of fission, rather than α decay or whatever.

In search of a trigger, you eventually try shooting neutrons and protons at atoms. The protons get repelled by electrical charges, but neutrons sometimes get absorbed into the nucleus.

Often, the effects of neutron absorption are mundane. Hitting cobalt-59 with a neutron produces cobalt-60, but all cobalt-60 does is slowly decay (via β-decay, with a half-life of 5.27 years) into nickel-60.

But if you hit a nucleus with a fast-moving neutron, that can induce fission. With enough kinetic energy, you can make basically any heavy atom undergo fission in this way, generating energy in the process.

To make a weapon, you need to suddenly, on demand, fire astronomical neutrons at all your atoms. How are you going to do that?

So you look for atoms where a fission reaction could self-sustain. You find a bunch:

But there’s a problem. These are all very heavy atoms, basically because those are easy to break apart. But for the same reason, they are all radioactive, meaning they also tend to spontaneously decay, and thus stop existing.

You need an atom that both (a) can sustain a chain reaction of fissions, but (b) has a long-enough half-life that you have some hope of actually finding it somewhere on Earth.

Checking carefully, you realize you have exactly one option: Uranium-235, with a half-life of 703.8 million years.

Say there’s a block of U-235 sitting somewhere. A few atoms will constantly undergo spontaneous fission and spit out neutrons. If the block is small, the neutrons will probably just escape, since the nuclei of other atoms are tiny and hard to hit. As the block gets bigger, there are more chances for each neutron to get captured by another U-235 atom. Once the block is big enough, the probabilities should work out that each fission will trigger—on average—more than one fission, leading to a chain reaction.

How big a block do you need? You do some experiments shooting neutrons and measuring secondary fissions in small blocks. The math says that the critical mass of U-235, when shaped into a sphere, is 52 kg. Any more than this, and you’ll get exponential growth in fission reactions.

First, the good news: Uranium is fairly common. The Earth’s crust is 0.00027% uranium, 36 times more than silver and 675 times more than gold. It’s basically everywhere—in oceans, lakes, dirt, rocks, everything you eat, everything you drink, etc. And thanks to the long half-life, it’s not particularly radioactive. As long as you don’t ingest too much, it won’t really hurt you.

And: You can’t find any convenient piles of uranium lying around. You consider using seawater, but that’s only 0.00000033% uranium. To get 7429 kg of uranium out, you’d need to process a cubic block of water that’s 1.3 km on all sides, or more than would fill 600,000 Olympic swimming pools.

So you spend a few decades scouring the earth and eventually find a high-grade deposit that’s around 16% uranium, conveniently located 450m underground beneath a lake in northern Saskatchewan. You put on a hazmat suit to make sure you don’t breathe any of the dust and go dig up 7,429 kg/0.16 = 46,429 kg of this rock, a bit more than can be carried by two semi-trailers.

Now, you need to separate the uranium from the rest of the rock. After a quick chemistry PhD, you crush the ore, grind it into fine sand, and roast it to burn off any carbon. Then you mix it with sulphuric acid and an oxidant, which absorbs the uranium into the acid solution. After filtering and discarding the solids, you force the uranium to precipitate out of the solution using solvent extraction or ion exchange, and you’ve got yourself a big pile of triuranium octoxide (U3O8) or “yellowcake”.

At this point, things start to get difficult.

The atoms in your yellowcake are still only 0.7% U-235, which you need to isolate from the 99.3% of U-238. The problem is, since these have the same number of protons, they look the same to electrons, making them chemically identical—they have the same melting point, the same boiling point, and react to every other chemical in the same way, etc.

You realize in despair that the only thing you have to go on is that U-238 is slightly heavier than U-235, on account of having three extra neutrons. So you decide to create “fake gravity” using a centrifuge. For this to work you need to first transform the uranium into a gas, with several requirements:

Luckily, there’s a gas that meets all these requirements, namely uranium hexafluoride (UF6). You put some of this in a cylinder and spin it around. Here’s what you notice:

So: Brute force. You set up a series of dozens of centrifuges, each of which produces slightly more enriched gas, with a final output that is nearly pure U-235.

Of course, if you threw away the depleted gas from each stage, you’d have almost nothing left at the end. So instead, you feed the depleted gas from higher stages back into lower stages for recycling. You also build a few levels below the original stage to recycle the depleted gas. Once the U-235 content gets to a low enough level (say 0.2%) you carefully dispose of it in a safe location or make it into artillery shells for tanks or whatever.

You end up with a pyramid design with many centrifuges operating in parallel on the original 0.7% uranium, and fewer centrifuges as concentrations get lower or higher.

And still. Still, this giant machine you’ve built can only process UF6 very slowly. Even with a thousand centrifuges you can only extract around 2.5 kg of U-235 per month. So you rebuild all the machines for incredible reliability, hire engineers to be on hand 24-7 to fix anything that breaks, wait a few years, and finally get your 52 kg of U-235.

Now hopefully when you made all this U-235, you didn’t keep it all together. Because—I should have mentioned this—spontaneous fissions in the uranium would start the chain reaction and your material would detonate and you’d die.

The good news is that you’re close to having a weapon. All you need to do is form the U-235 into two pieces, put them in the vicinity of whatever you want to destroy, and then very quickly fit the pieces together.

How to do this? If you shoot two bricks at each other, they’ll likely just bounce. You need to shape the pieces so that they will mesh together. You decide to form one hollow cylinder and one plug that fits perfectly inside the cylinder. You put both of these inside a tube, with an explosive behind the cylinder. When that explosive goes off, the cylinder shoots down the tube and engulfs the plug, establishing a critical mass for fissile reactions to grow exponentially and—boom.

We are very lucky this is so hard. 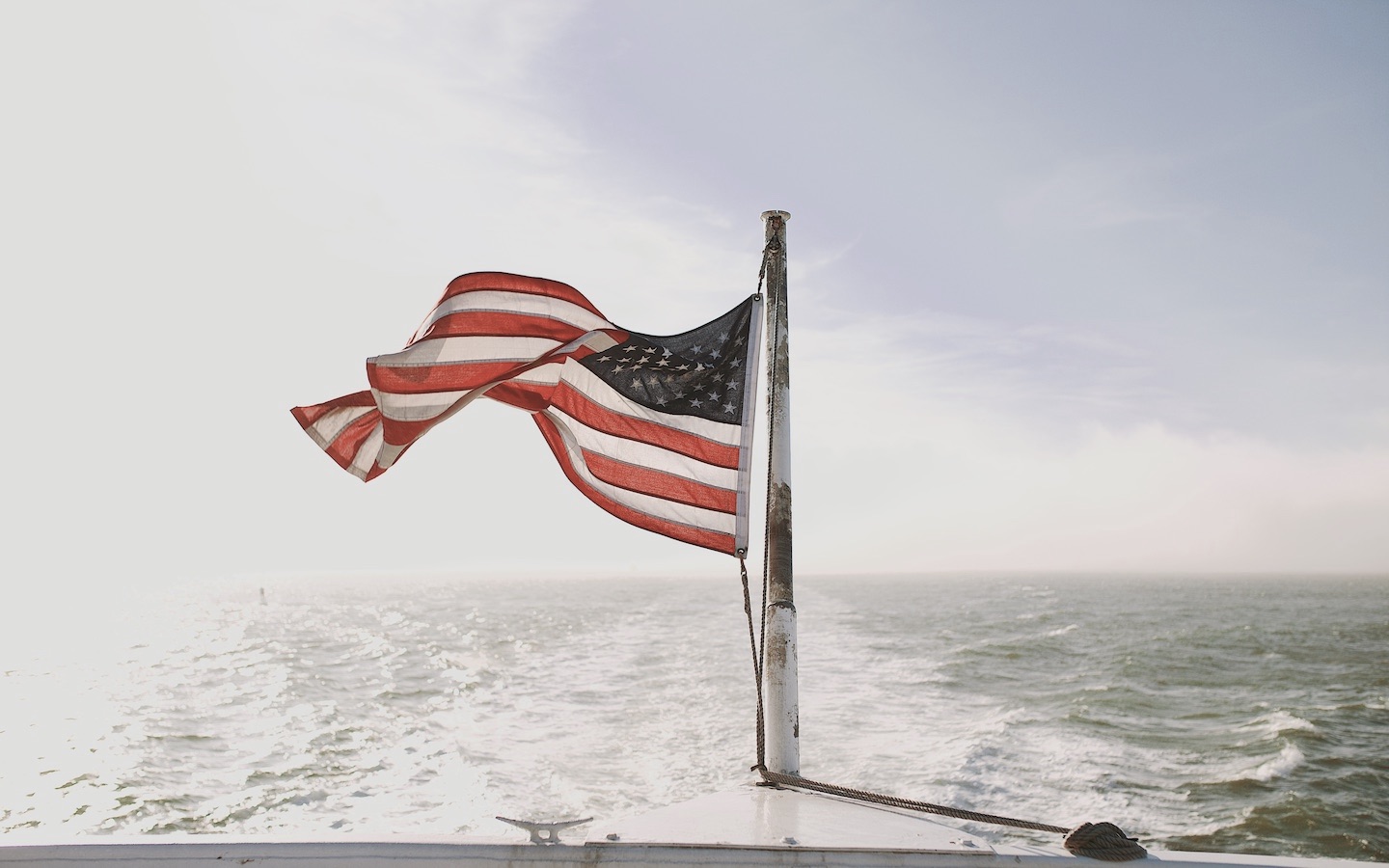 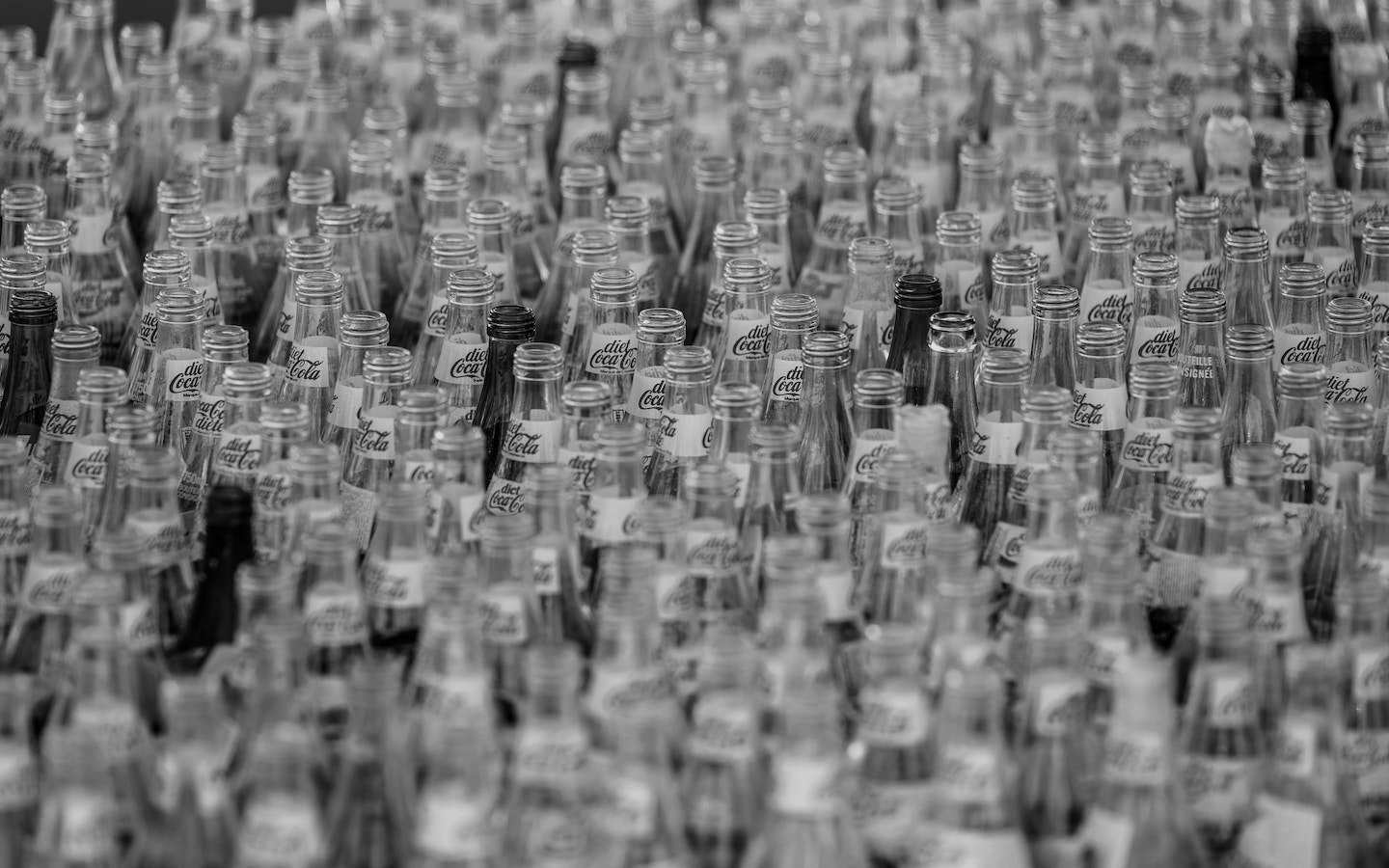 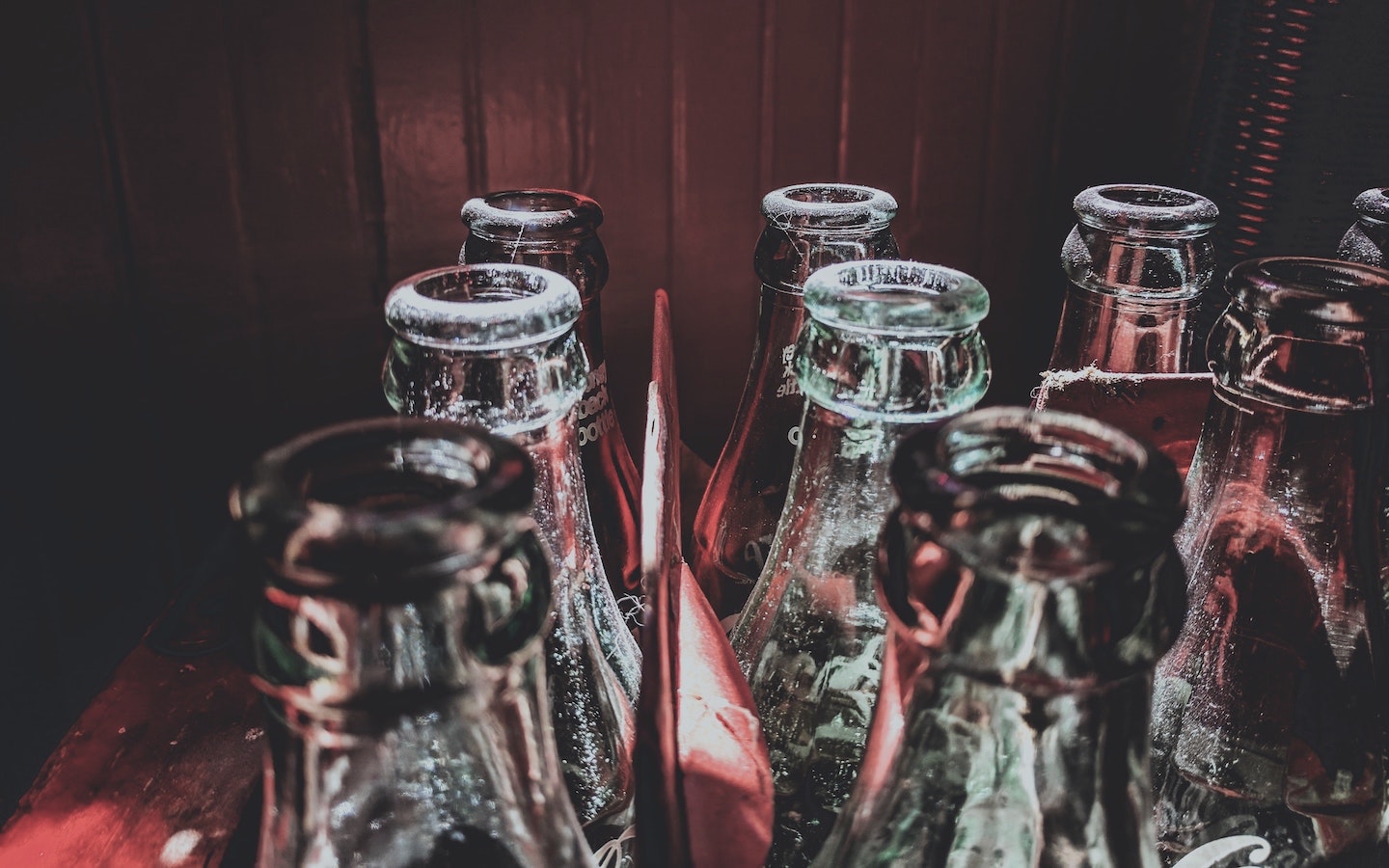 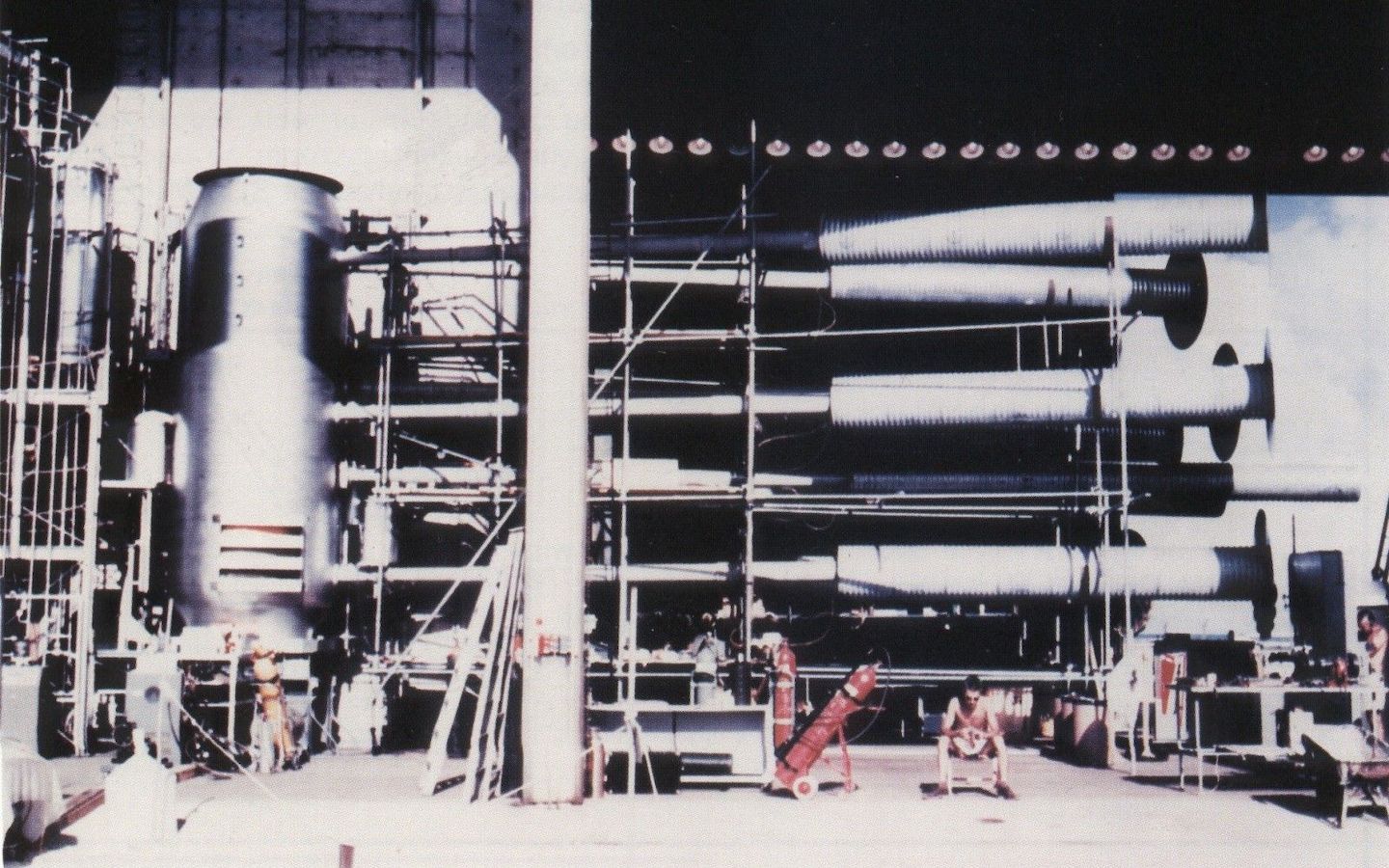 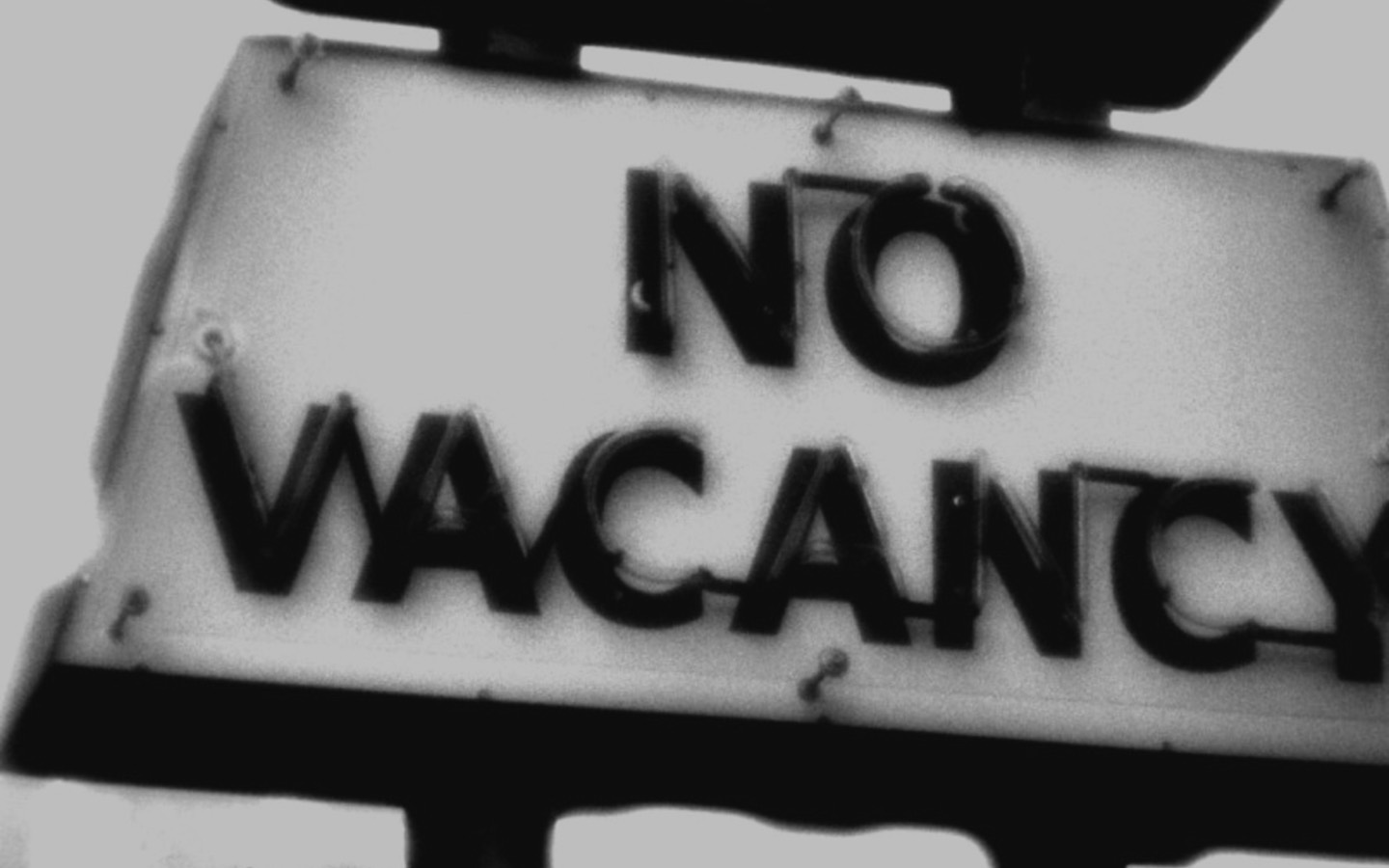 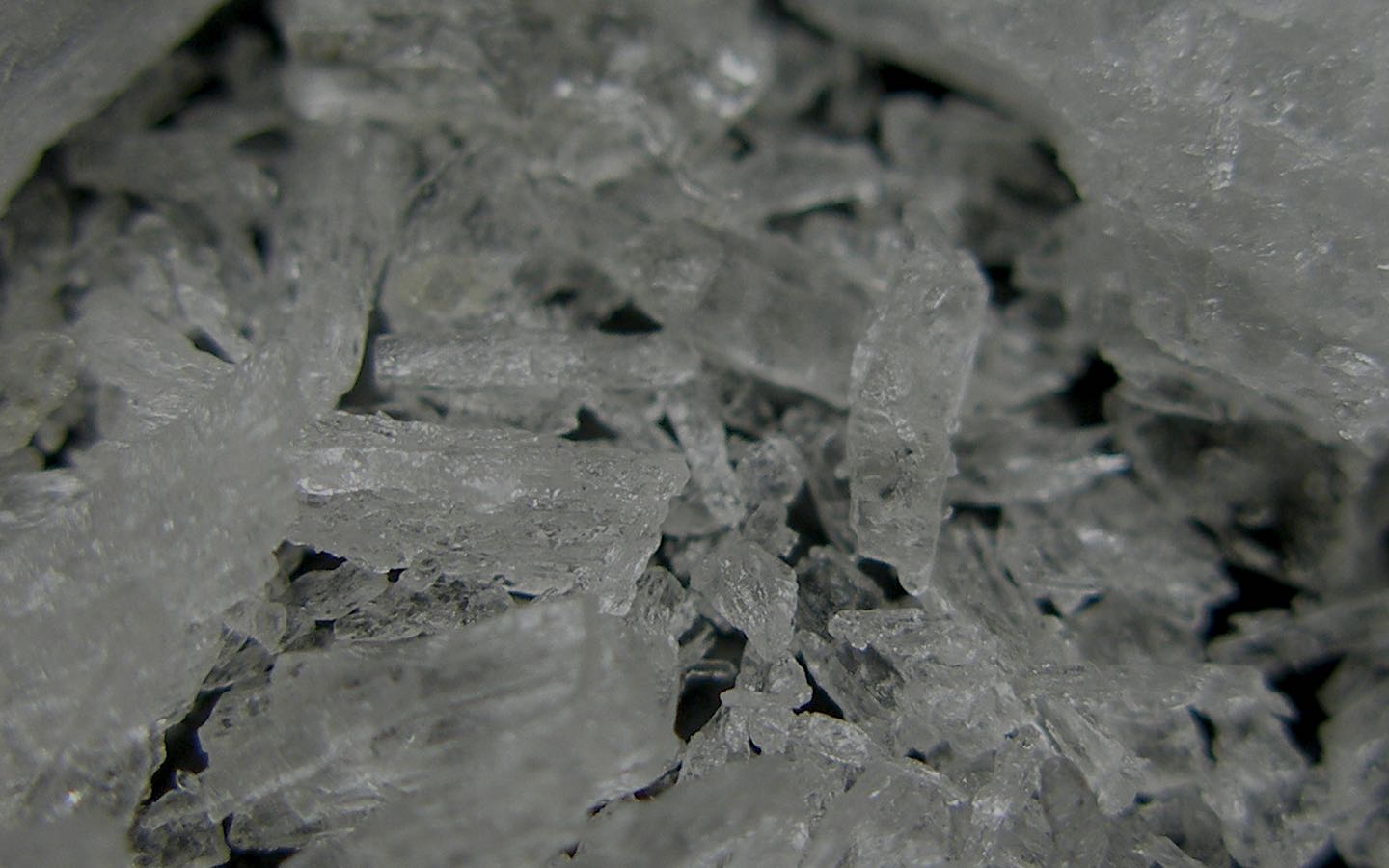 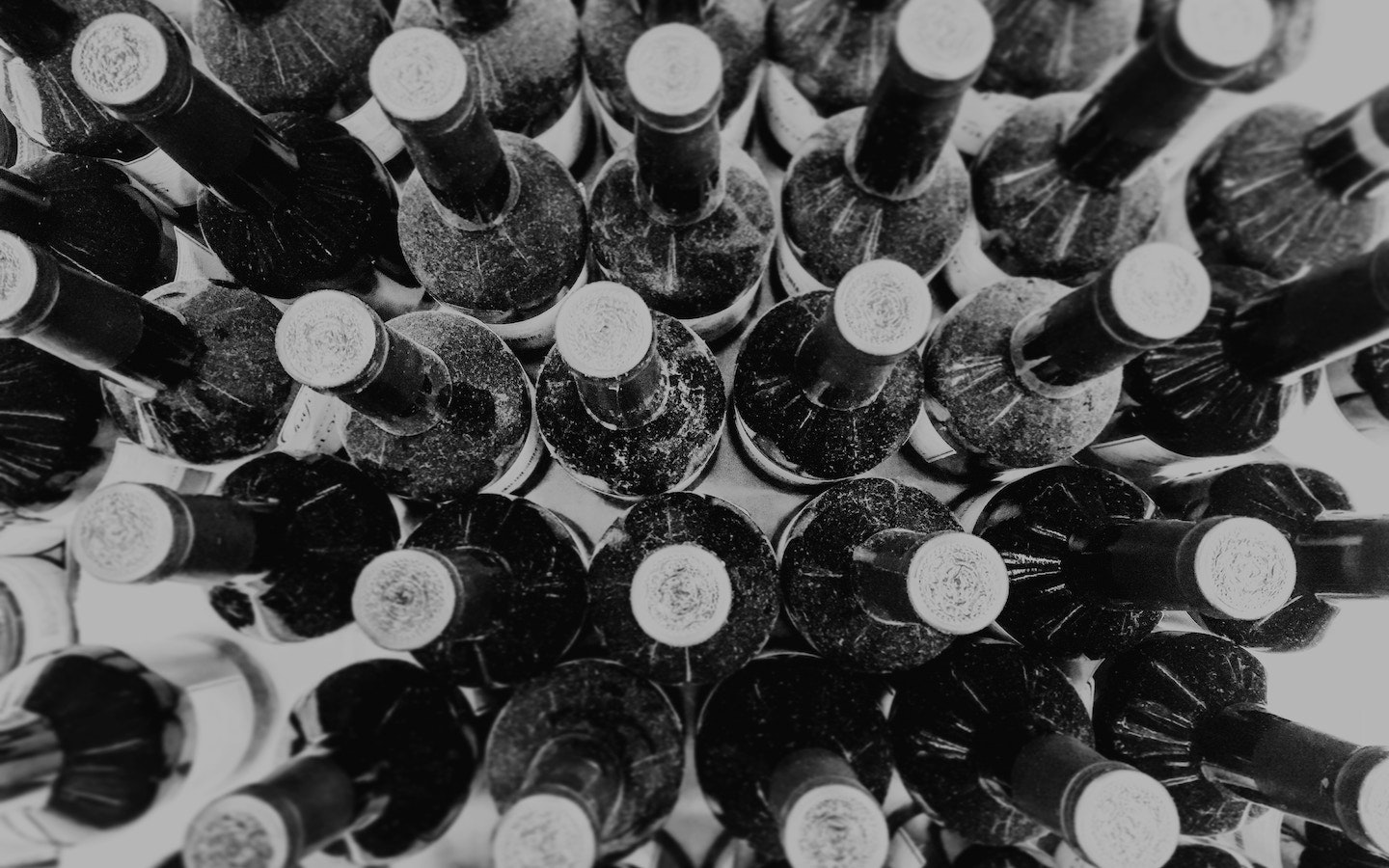 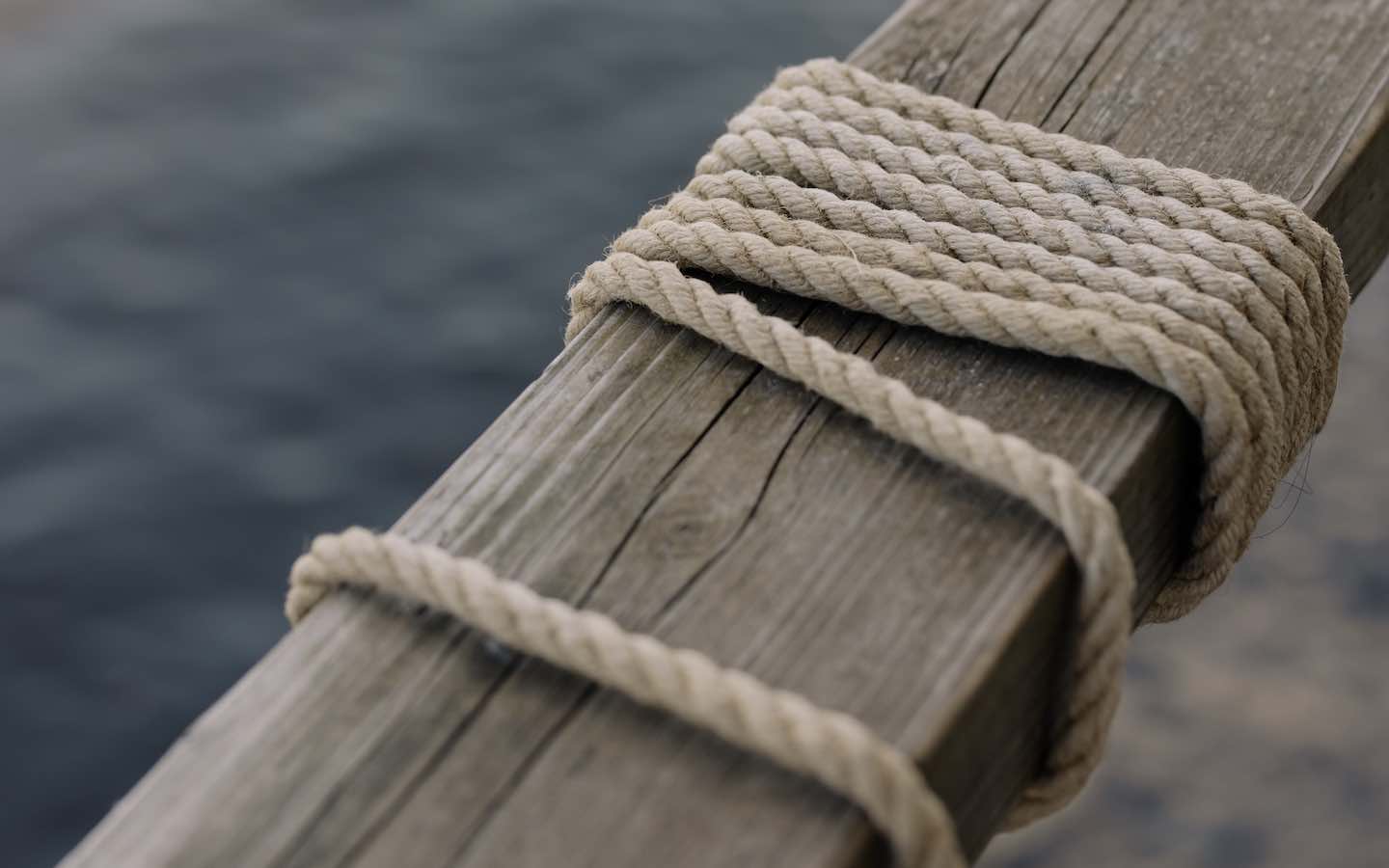 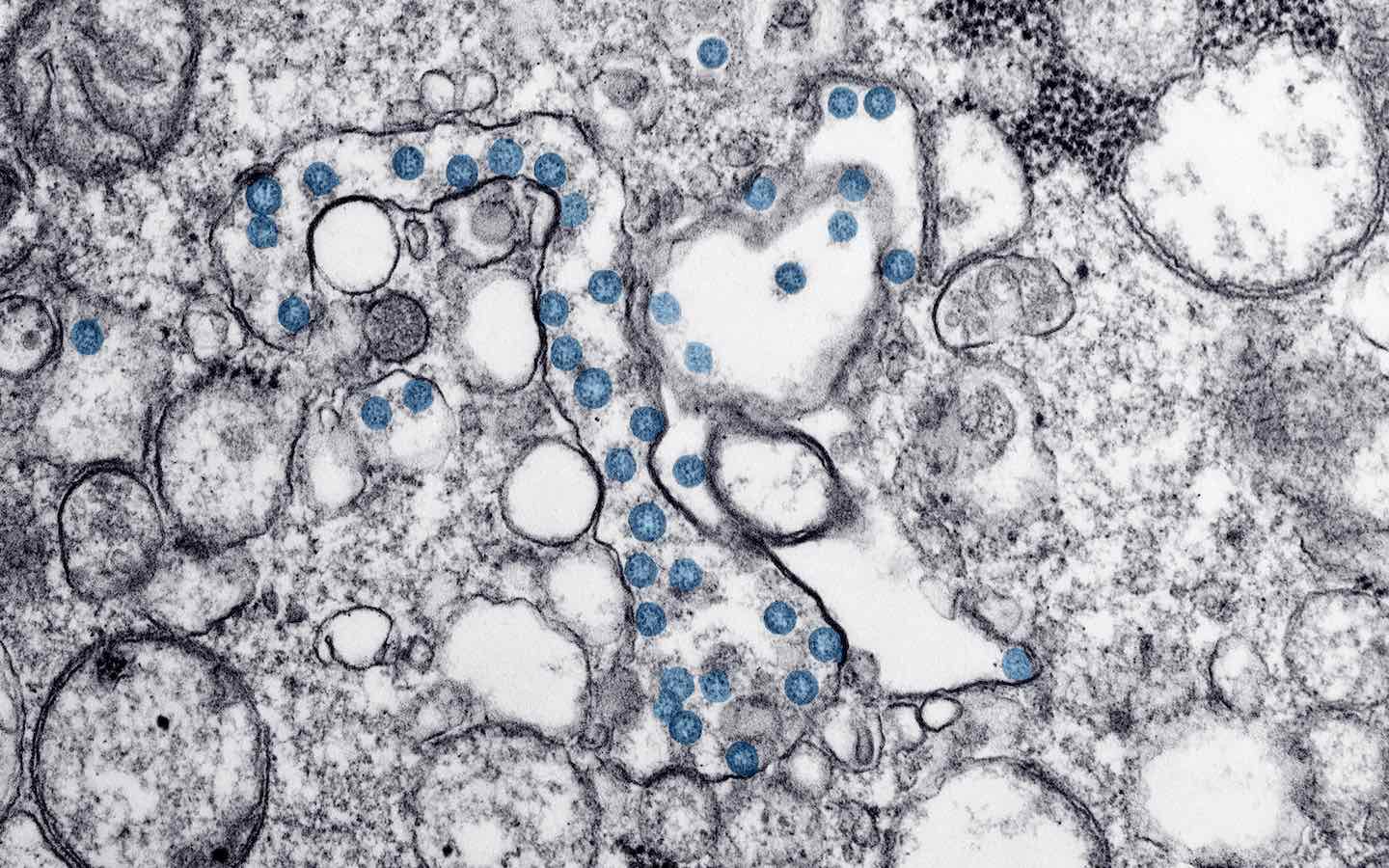 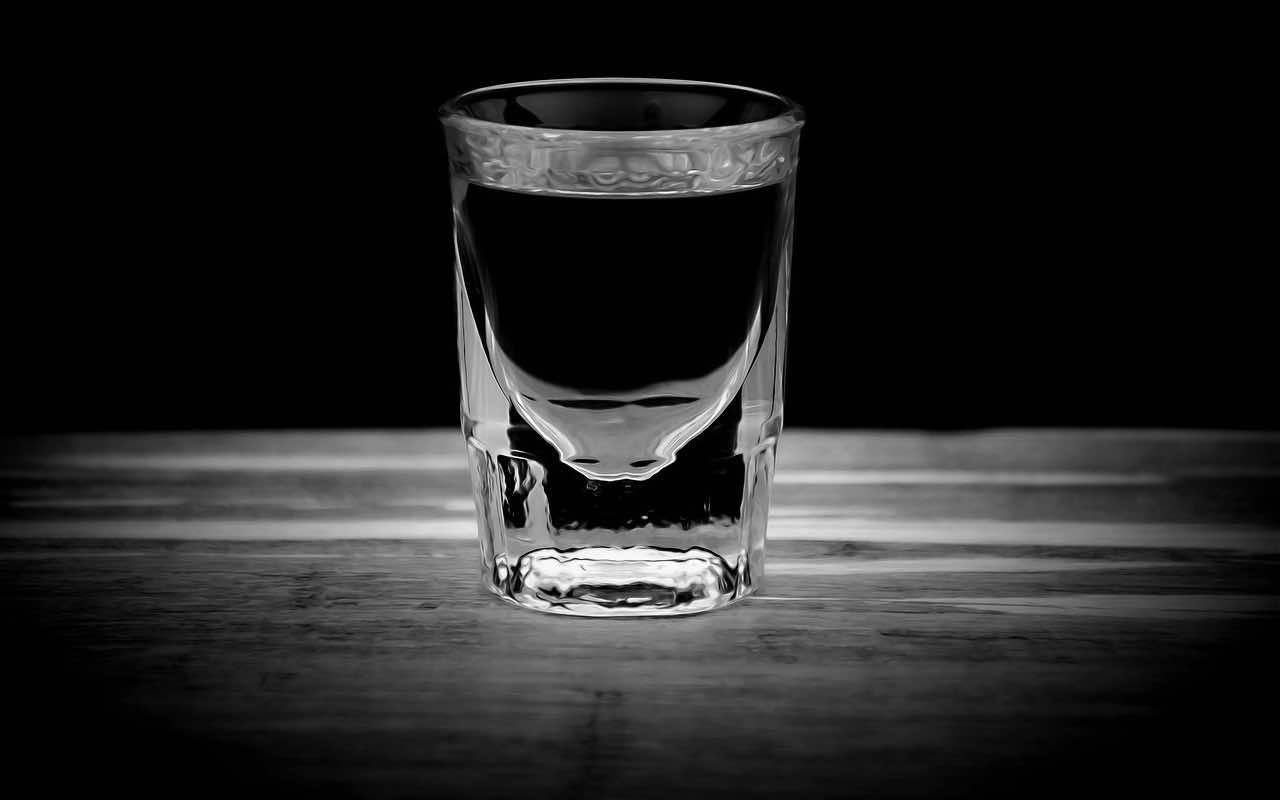