There’s a certain phenomenon I often wonder about, one that only seems to occur with culture war topics. I usually try to avoid culture war, but it’s impossible to discuss this phenomenon without an example and I don’t see the point of tiptoeing around.

So, abortion. For better or for worse, the vast majority of people I know favor Roe v. Wade. Still, I think I understand the view of people on the other side.

The question before the court in Roe v. Wade was not “Would the world be better if abortion were legal?” The question was, “Does the US Constitution prohibit states from making abortion illegal?” The decision basically goes like this:

(The full text is surprisingly readable, I recommend it.)

Is this a ridiculous opinion? I don’t think so. But I can see why someone might disagree with it. For one, what’s the “privacy” thing?

When Roe v. Wade was decided in 1973, most states still made it a felony to have consensual sex with an adult in your own home—if that adult happened to have the same sex as you. The Supreme Court heard a challenge to these laws in 1986 and confirmed that yup, they were fine. But then, in 2003, they decided these laws were unconstitutional because of the 5th and 14th amendments.

So, here’s a timeline:

I probably don’t need to tell you that I think these laws were wrong. And I know that many people see the constitution as a living document that is constantly transformed by changing circumstances et cetera. I can see that. But I can also see how someone might think this looks like the people on the Supreme Court making stuff up as they go.

The second reason I can see for opposing Roe v. Wade is that it expresses a particular view on personhood. Or, more exactly, it refuses to accept the view that life begins at conception.

Personally, I don’t accept that view either. But, then, I have some unusual ideas about this kind of thing. The fact is, many people do think life begins at conception. Given this disagreement, it’s not entirely obvious to me that we should resolve it through the Supreme Court rather than having people debate with each other and vote for legislators who will pass laws that reflect their views.

But really, I don’t want to talk about abortion. I want to talk about fear. As far as I can tell, my object-level views on “when abortion should be legal” are close to the median in my leftist-dominated corner of the universe. Yet, except with close friends, I’d be scared to say what I think above.

It’s not just that I’m sympathetic to the people I disagree with. Somehow, it feels like a huge social blunder to even demonstrate that I understand their positions.

Why is that? Here are six models.

The most obvious model is simple: It’s to your advantage to know what your opponents think.

Say you and I are city council members and the local school has a new pool. You want to sanitize it using bromine, while I favor chlorine. In this situation, I think we’d both try to understand the other’s view. If nothing else, it’s useful strategic information! If I know your reasons for using bromine, I can make stronger counter-arguments.

Does this model apply to culture war topics like abortion? You might think so, but people seem profoundly uninterested in understanding what the other side thinks. It’s possible that everyone is just being dumb and behaving in a way that’s contrary to their interests. Maybe there’s some of that, but I don’t think it’s the full story.

Some opinions we simply do not debate. Say you’re running for mayor of Paris on a platform that all the buildings in Paris should be removed and the area returned to farmland. Most likely, no one would bother to refute your views, aside from perhaps pointing and laughing. Your opinion is so crazy and so obviously bad, that there’s nothing to be gained from engaging with you and there’s no need to worry about you convincing anyone else.

Is this how people see the other side on issues like abortion? If so, that means people are again making a mistake—they believe that the other side has such weak arguments that there’s no need to bother opposing them. Clearly, for abortion, many people do take both sides, so I don’t think this model is right.

What about game theory? When you talk, perhaps your goal isn’t to accurately describe your existing position, but to pull other people toward your views. So you try to gauge where I stand, and then state whatever opinions you think will best manipulate me.

In the face of disagreement, people tend to think the truth is in the middle. So, maybe when discussing abortion, people are strategically pretending that they think the other side’s view is utterly, horrendously, obviously bad, in the hopes this will at least convince others that it’s wrong.

The thing is, if you want to pull off this strategy, you can’t go around calmly engaging with the other side—that would undermine your performance that they’re not worth engaging with. But it’s probably pretty effective at converting the people who are closest to you.

I think this is part of what’s happening.

If your only goal is to indoctrinate your kids, the strategy of family B may well be the way to go.

A more ambitious strategy is “meta bullying”. For this, you pre-commit to banish anyone who considers heretical ideas and also anyone who refuses to participate in all the banishing. This strategy is hard to pull off, but there are hints of it here and there.

At first glance, you might expect the previous two strategies would fail for culture war. They’re designed for situations where everyone is already at a near-consensus. For controversial issues, they’ll harden your opponents against you, and maybe make you look unhinged to people in the middle.

Perhaps that’s right: If you got assigned lots of random conversation partners, maybe calm discussion would be the way to go.

But maybe our society is segmented—there’s one slice of society that’s dominated by people who believe position A, and a second slice dominated by people who believe position B. If there’s little communication between these slices, then there’s little point trying to convert people in the other slice. Instead, you should give up on them, and do whatever you can to fully consolidate opinion in your slice.

This will especially be a good strategy if the other side is also pursuing it, confounding any attempts you might make to bridge the divide.

Humans are instinctually sensitive to the status of groups. When we get so excited about culture war, maybe policy is irrelevant and we’re really just talking about what team we’re on. When you and I talk about how stupid and evil and bad the other side is, we’re demonstrating that we’ve burned our bridges and we’re totally committed to our current tribe.

In this model, when you make some cold-blooded cost-benefit analysis about sacred issues, what other people hear is, “I am considering defecting from this group”, or “I refuse to play by our group’s rules” or “Look at me, lowering the status of our group just for my own amusement!” It’s considered traitorous because it kinda is. 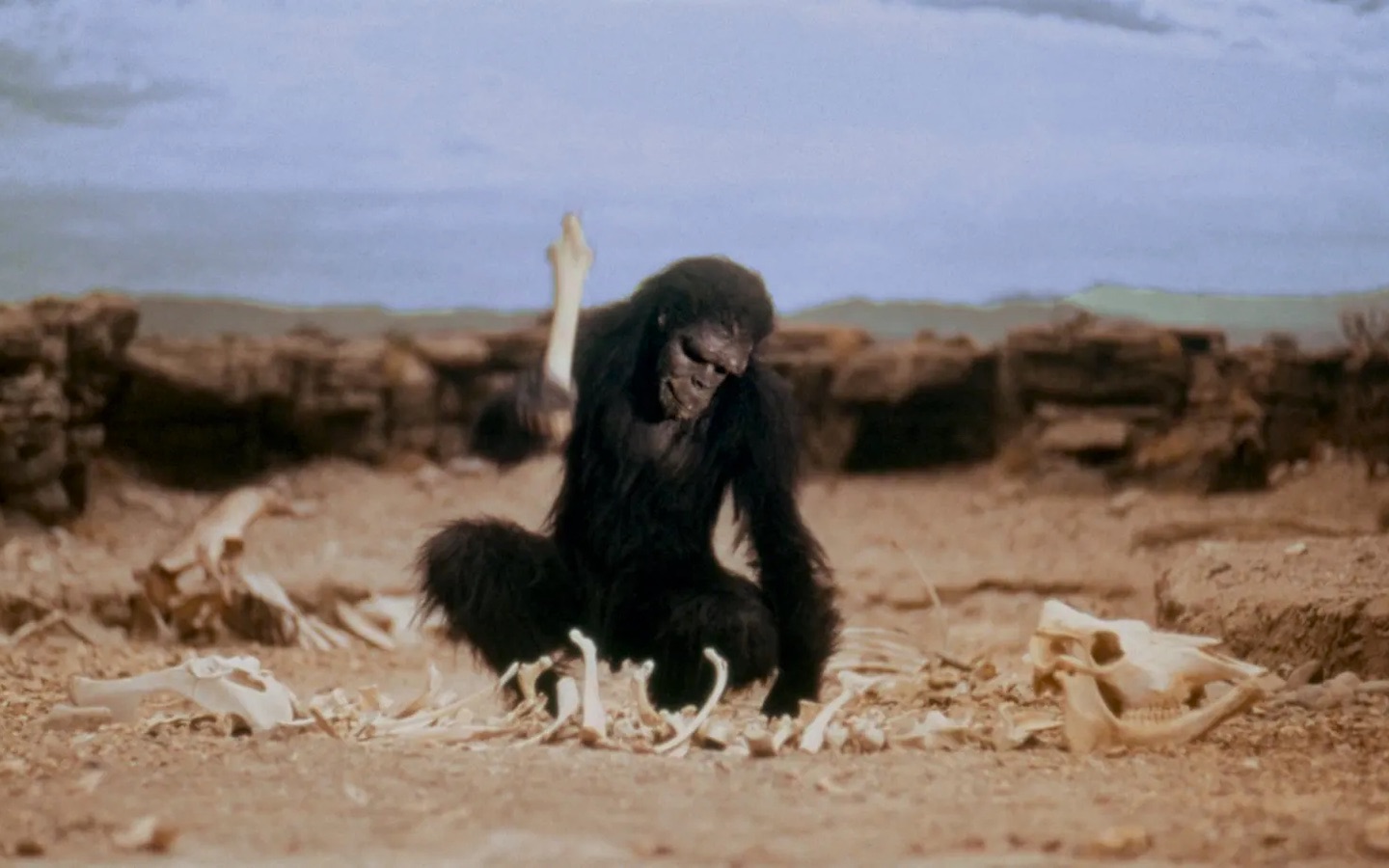 On asking people to consider stuff that sounds crazy

It’s frustrating to propose an idea and have people dismiss it just because it’s weird. You’ve surely seen people ridicule ideas like worrying about wild animal suffering or computers becoming sentient or comets crashing into the planet. I’ve encountered some of this for claiming aspartame is likely harmless but ultrasonic... 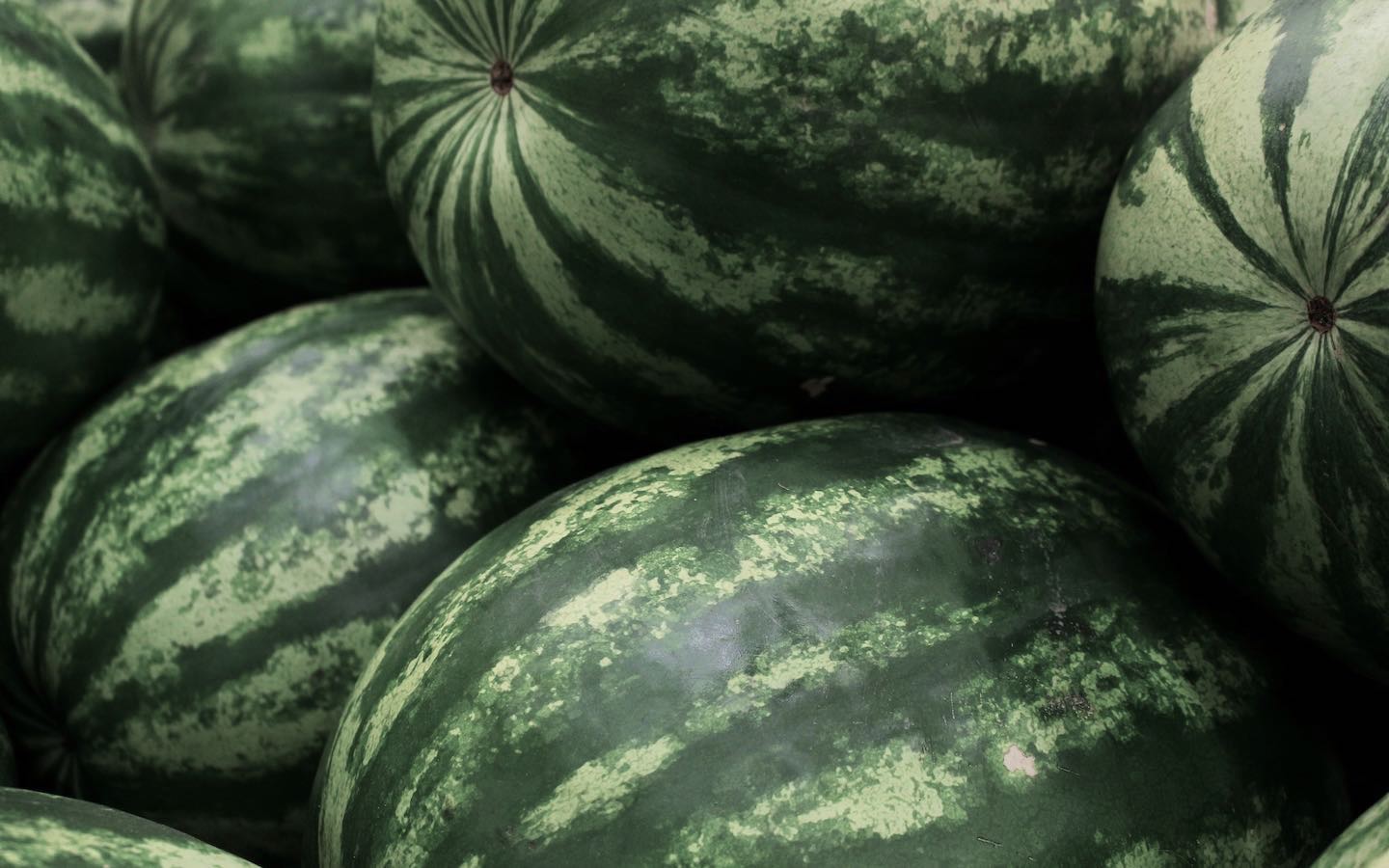 We should encourage more public disagreement.

Probably most social norms are like that---even if we disagree with them, they're too entrenched to change. That's why it's important to watch for critical points where norms could go either way. Here's one such case: Say someone wrote something. You think they're wrong, so you write a manifesto arguing... 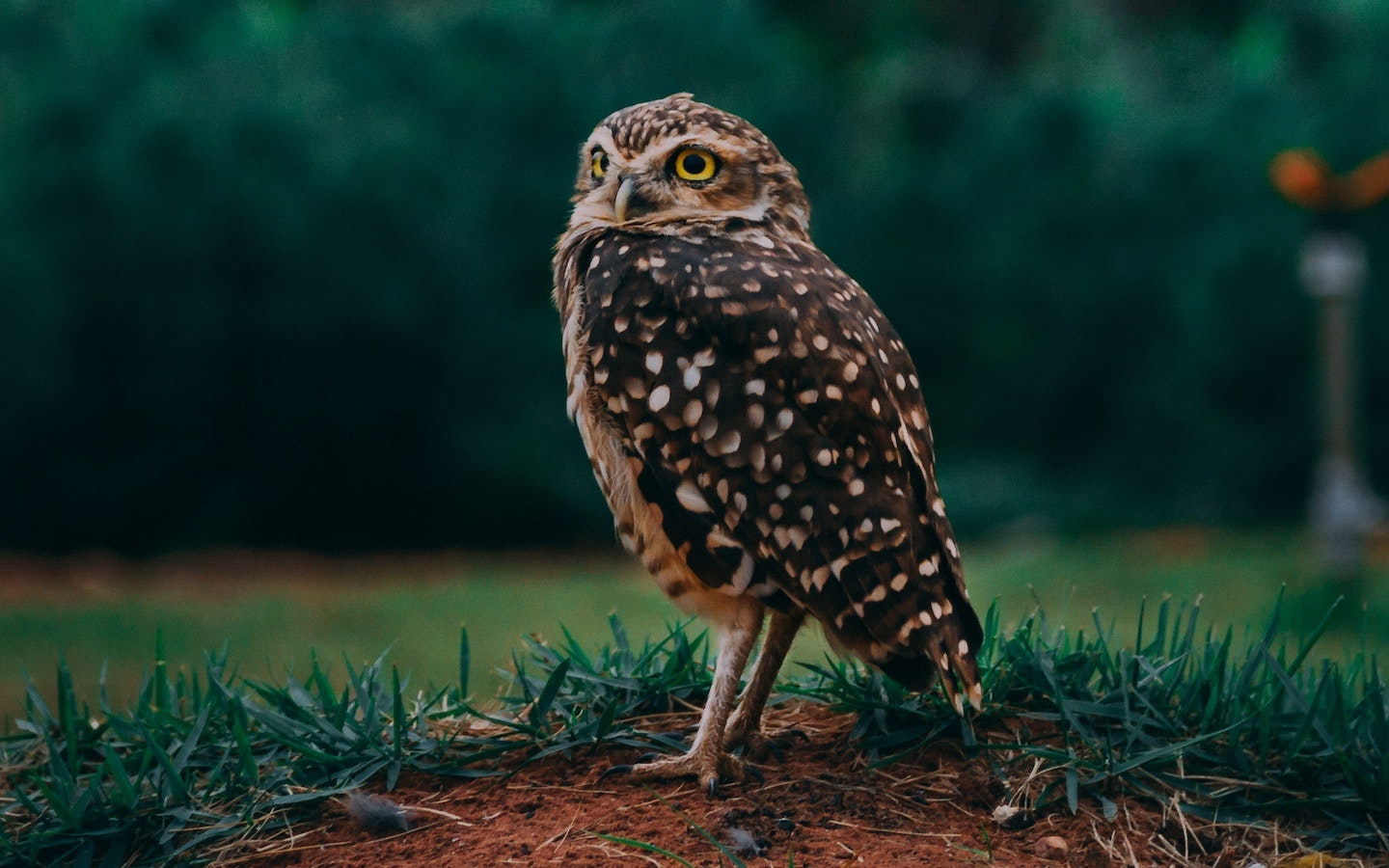 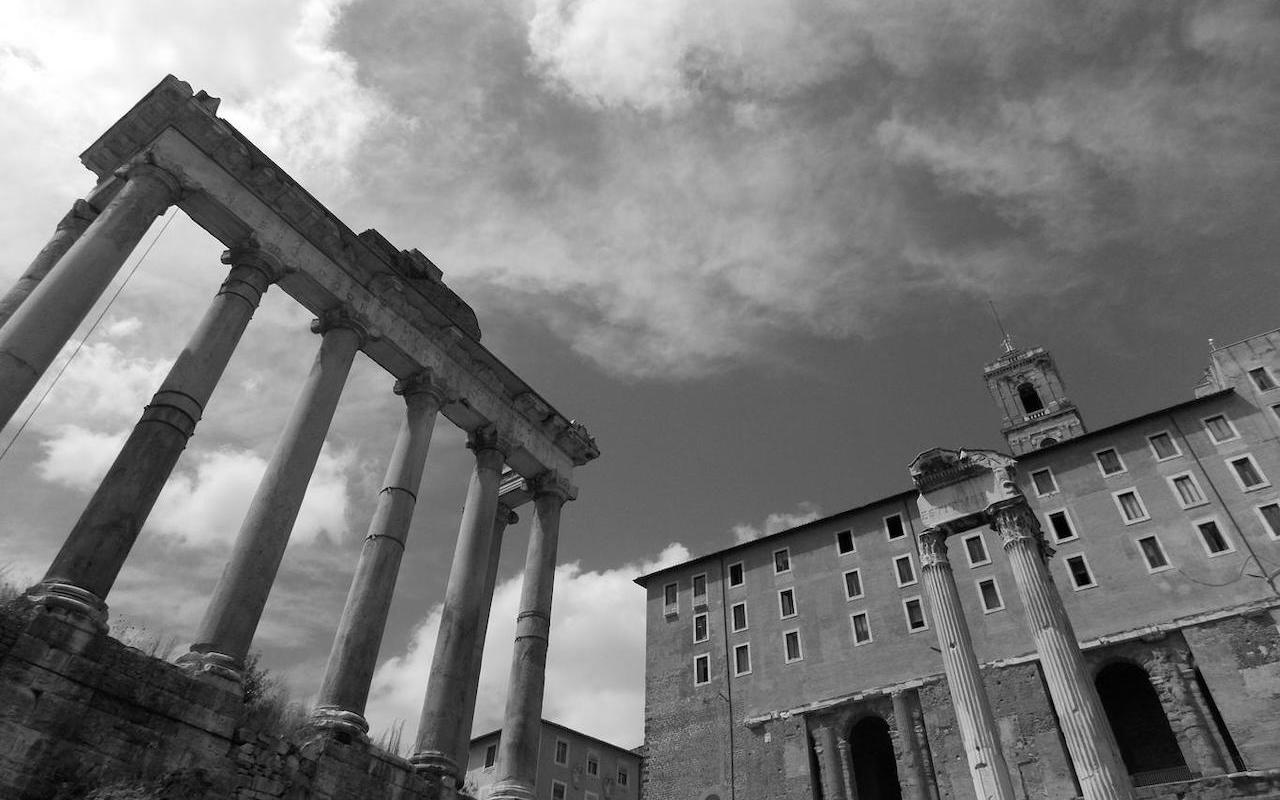