This is sometimes considered an arcane part of economics. (Wikipedia defines it using “autarky”.) But it’s really a very simple idea. Anyone can use it to understand the world and make decisions.

Say you live alone on an island.

Each week you gather and eat 10 coconuts and 10 bananas. It takes you five minutes to gather a coconut, and 10 minutes for a banana. Thus, you work 150 minutes per week.

I live on a nearby island.

Just like you I eat 10 coconuts and 10 bananas per day. But unlike you, I’m terrible at everything.

Since I’m so incompetent, I need to work a lot more than you – six times as much.

Thus, we live our lives until one day a bridge appears between the islands.

We are both peaceful. We will not coerce each other, but are otherwise completely selfish. What will happen?

This is why economists like free trade. If different producers have different relative abilities, everyone can benefit from specializing. This is true even if one producer is better at everything.

Beyond trade, this is an important lesson for life. Choosing your career path? Dividing up chores with your partner? Think about comparative advantage!

The real world, of course, is more complex. For example:

More sophisticated models can deal with these complications. The math gets more complex, but more or less the same conclusion arises. There is one complication that’s a bit special:

In this case, introducing trade can make individual people worse off: Suppose you live with me on an island, but you’re incapable of gathering bananas. Since you need them to live, I can demand a huge number of coconuts for one banana. When a bridge opens up to another island, you might get a better trade. This will help you, but actually hurt me. Still, introducing free trade still makes people better off “on the whole”.

In this subtlety, Politics emerges. In principle, one can always use free trade plus a set of wealth transfers to make every individual better off. But that’s a nightmare in practice: It would require a central authority to predict what set of trades the market will decide on. So we’re left with a mess.

But even in this toy model of two people on two islands, I skipped an important step. How did we decide to trade 10 coconuts for 10 bananas? I might say: “I’ll trade 7 bananas for 10 of coconuts. Take it or leave it!”

Of course, this would be great for me, and worse for you than our original trade. But it’s easy to check that this is better for you than no trade at all.

Now, what possible banana/coconut exchange rates could we arrive at? I’d be happiest paying you nearly zero bananas for each coconut. On the other hand, I’d never agree to pay you three bananas per coconut – it would be “cheaper” for me to just make the coconuts myself. I’d never agree to trade more than two.

Thus, I benefit from any trade where I pay you between 0 and 2 bananas for one coconut. These are the only trades I’d ever agree to.

Of course, I’d prefer to pay you fewer bananas! So I’d prefer a rate to the left end of this range.

Conversely, it takes you twice as long to make banana as a coconut. You’d be thrilled if I paid you 4 bananas per coconut, but you’d never accept less than 1/2 a banana for one coconut.

Thus, you benefit from any trade where I give you more than 1/2 a banana for a coconut.

You’d like me to pay you as many bananas as possible. So you’d prefer a rate as far to the right as possible.

Now, the big question is: What rate do we agree on? Simple economics does not tell us the answer! In principle, our negotiations could arrive at an “exchange rate” of anywhere between .5 and 2 of your coconuts for 1 of my bananas.

This range of (.5 to 2) is the Zone of Possible Agreement (ZOPA) in negotiation theory.

There’s no simple simple math to decide what point in the ZOPA we settle on. This can lead to strange and perverse behaviors.

Gaining information. Before our first meeting, I build a telescope and spy on you. When we meet, I say “I noticed it takes you 2x as long to make a banana as a coconut. It takes me 1.95x as long. Bananas sure are hard, aren’t they? Because I like you, I’m willing to trade at a rate of .512 bananas per coconut (.512=1/1.95). This does nothing for me, but you have a kind face, and I want to help you.” If you believe me, I get a very favorable rate.

Concealing information. You are smart. After the bridge appears, you realize I might spy on you, and this would harm your negotiation position. Before doing any gathering, you construct a privacy wall around your island.

Faking skills. You’re a hard-ass. You will walk away unless I agree to an exchange on your end. I’ve tried walking away, but you don’t care. I always blink before you, and we both know it. What can I do? For a weeks, I secretly gather coconuts in the night. The next time we meet, I bring a huge pile of coconuts. I say “I’ve been practicing, and now it only takes me 1.5x as long to make a coconut as a banana. I know you’re a hard-ass and you want the sweet end of the ZOPA. I admit I can’t beat you, but the ZOPA has shifted. You need to offer me a better deal.”

Blowing up my island. You’re a hard-ass. I only get .501 coconuts for 1 banana. I’ve tried walking away, but we both know you will out-wait me. I’ve tried fakings skills, but you won’t bite. Because we are non-violent, I can’t coerce you. But there’s nothing wrong with hurting myself, is there? I build a machine that monitors inter-island commerce. If there is ever a trade that is not 1 coconut for 1 banana, the machine activates a bomb, my island sinks into the ocean forever, and I die. If I try to disable the machine, the bomb activates. When we next meet I say “OK. I can’t out bad-ass you. However, because of this machine, it will forever be against my interests to agree to a non-even trade. There’s no point in you waiting. Even if I did agree to an uneven trade, I’d sink into the ocean, and you’d have to gather your own coconuts!”

Blowing up your island if I threaten to blow up my island. You are smart. You are also a hard-ass. As soon as the bridge appears, you know you can out-wait me to get a good rate. You immediately realize that my only option is to build the island destroying machine described above. Before we meet, you construct a machine that monitors my island for the presence of machines. Your machine is connected to a bomb on your island. If at any point, a bomb-activating machine is constructed on my island, your bomb activates, your island sinks into the ocean, and you die. When we meet, you explain that you’re a hard-ass, and that no island-destroying machines can help me. My best bet is to accept terms that barely improve my situation at all. You win. 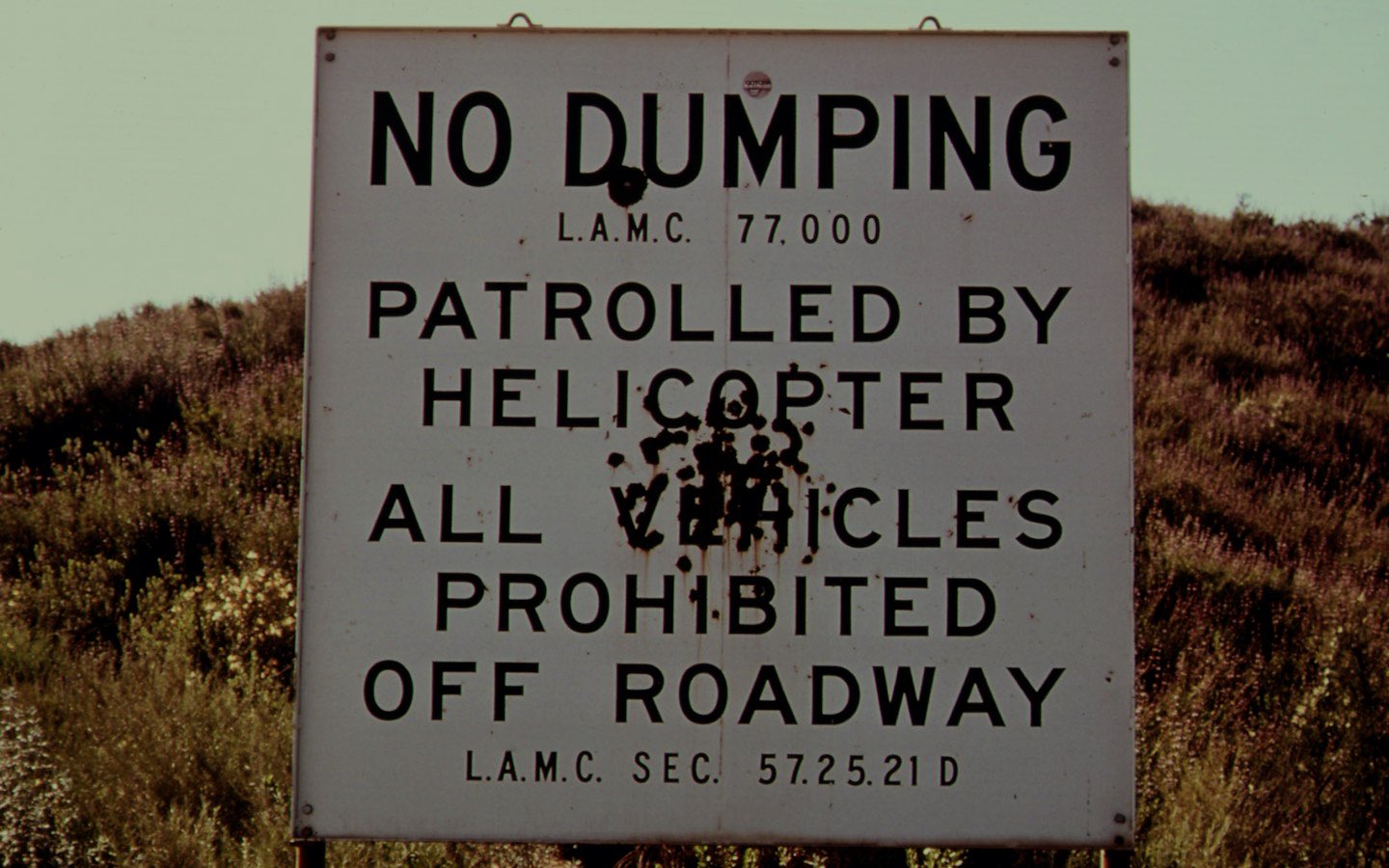 Litter and circles of internalization 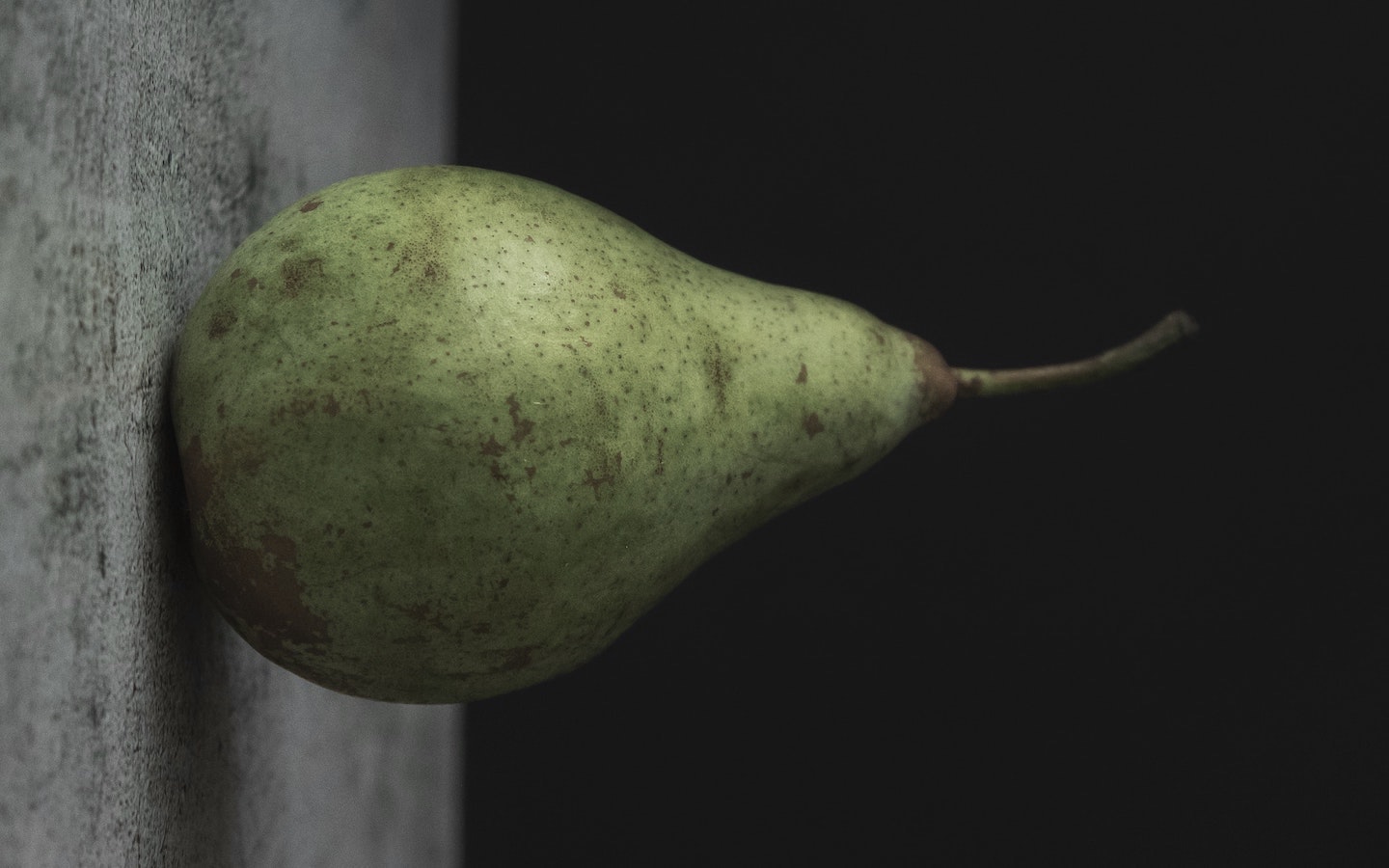 Do economies tend to converge or diverge? 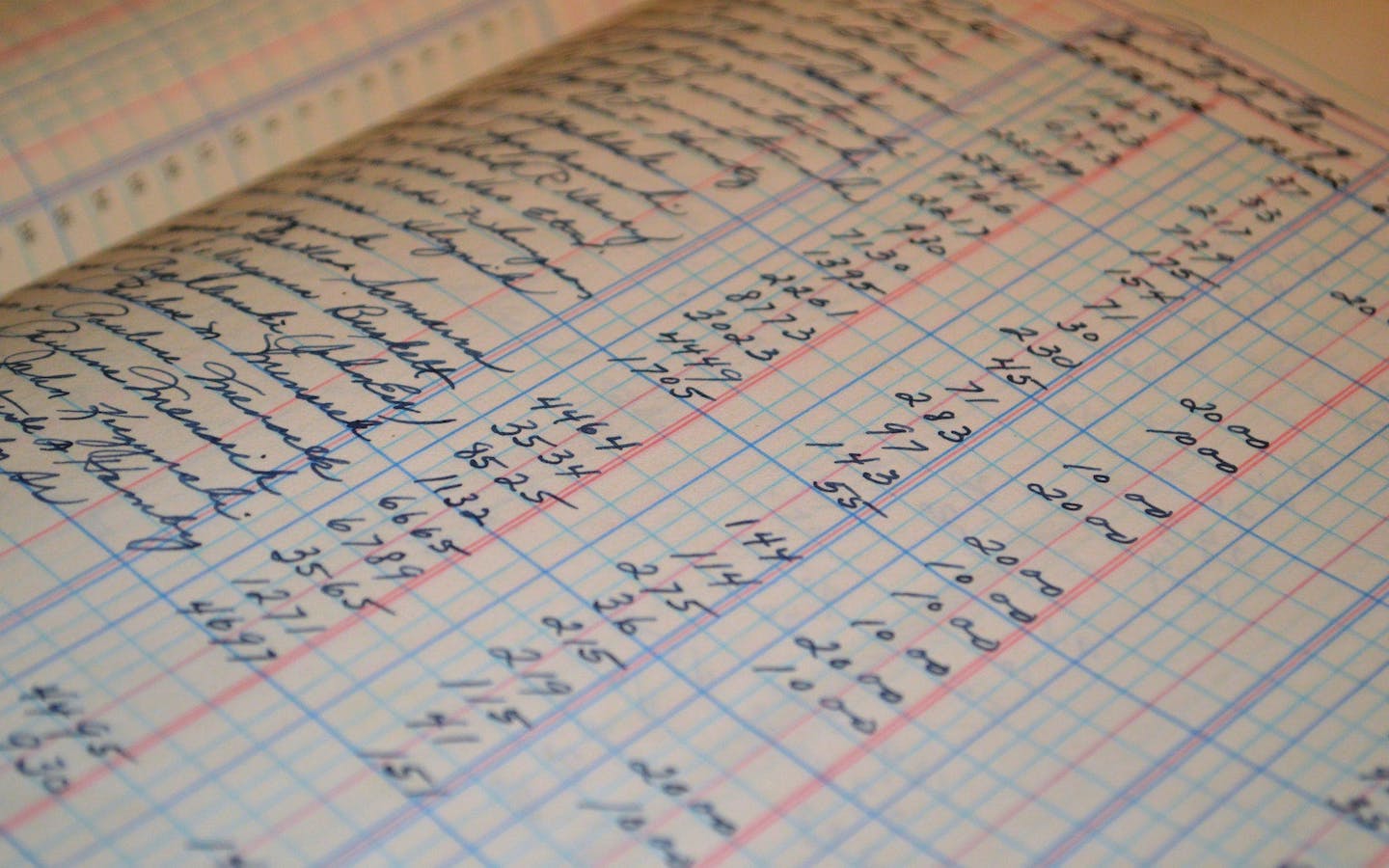 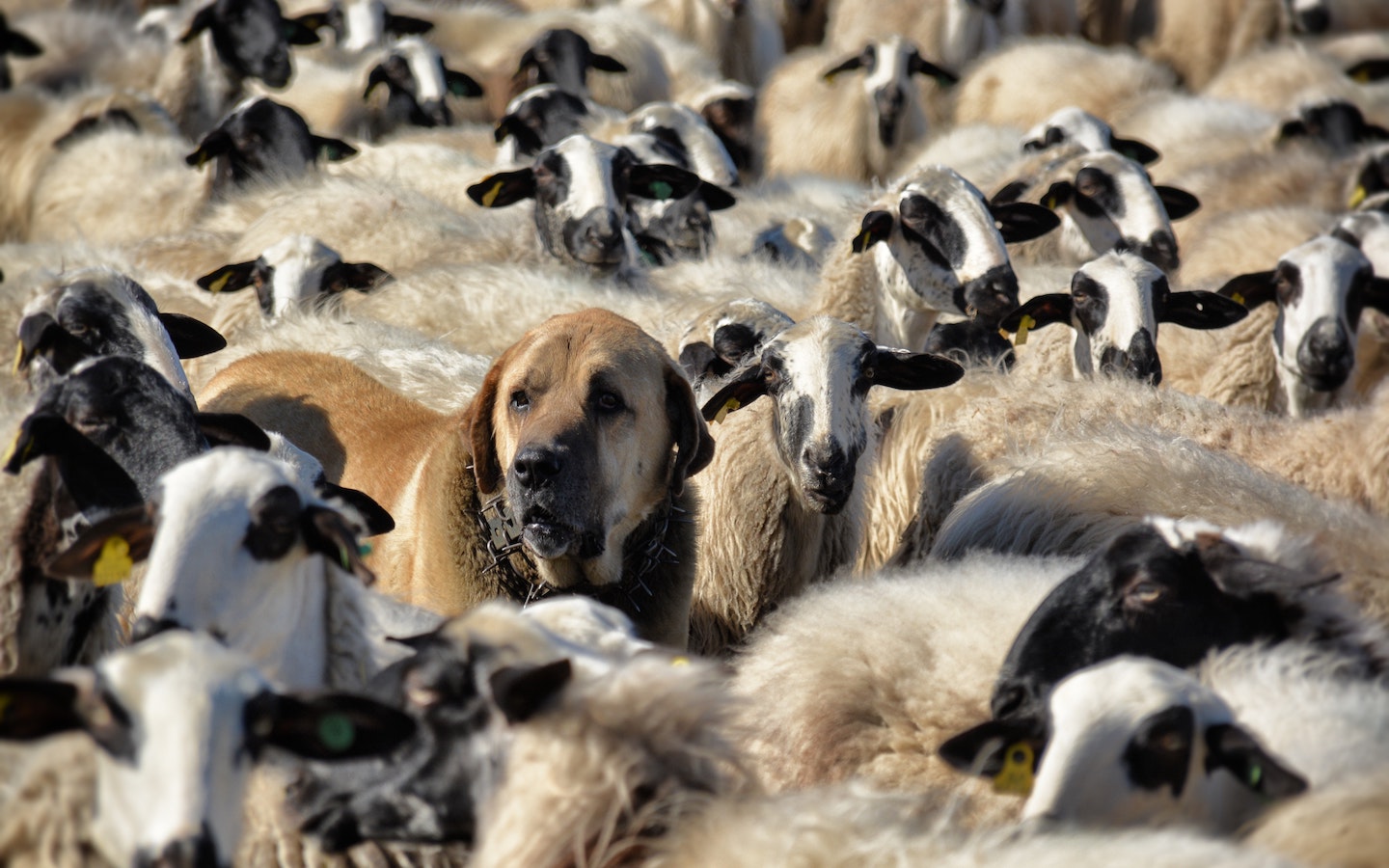